The harsh reality of fame. Jessica Simpson’s mom, Tina Simpson, opened up about what it was like raising two daughters in the limelight. She also shares Ashlee Simpson with ex-husband Joe Simpson.

“We were very innocent, honestly, and starting it very naïve,” Tina, 61, said on the Wednesday, April 14, episode of the Today show of Jessica’s audition for The Mickey Mouse Club as a preteen. “But because of that, I was not letting those kids out of my clutches. I was going to be the mother that stayed with my kids in that industry and watch over them and make sure that they were never alone.”

Tina recalled noticing Jessica’s talents at about 3 years old, noting that her younger daughter, Ashlee, 36, “came out of my womb dancing.” The Texas native admitted that that both of her girls experienced a lot of scrutiny while trying to make it in the entertainment industry, despite her best efforts to shield them.

“It was really hard because they were judged by the world, obviously, and that was probably the most stressful thing is, like, just the negativity of, like, things people would say,” Tina explained. “I really taught them to just be fighters.” 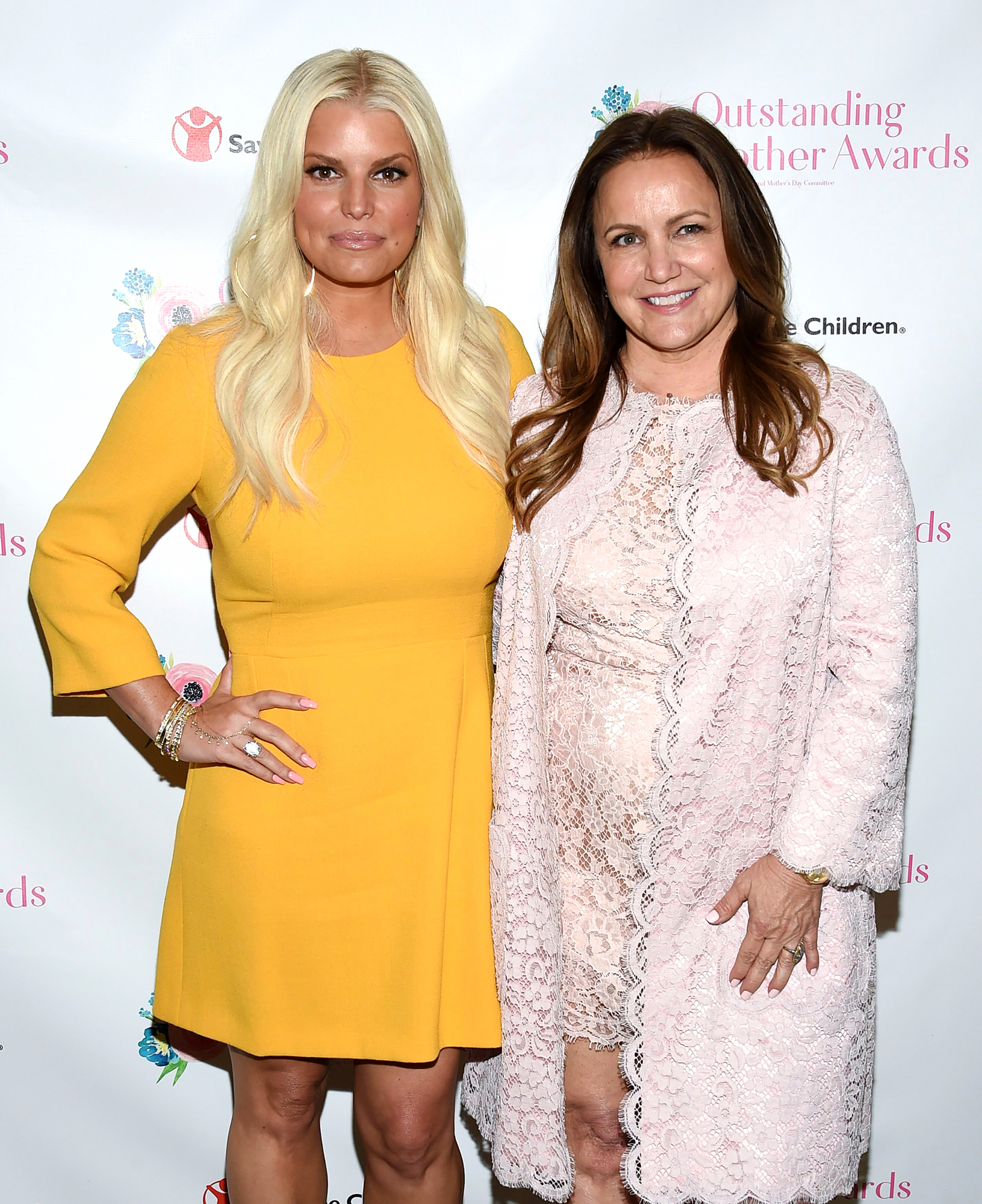 She revealed that the ridicule that Jessica, 40, faced over her body and appearance was one of the lowest points of the “A Public Affair” singer’s rise to fame.

“I have to be honest, to me, the hardest thing with Jessica has been the weight because the way people judge her, it’s unbelievable,” Tina said. “Body-shaming is a terrible thing, and no girl should have to go through that — or guy. Period. No one.”

The constant negativity surrounding the designer’s weight “made her want to be a recluse in a lot of ways,” Tina continued.

She added that it made her daughter want to “hide out and not want to get out of her house or, you know, things like that. It just wasn’t who she was.”

The “Sweet Kisses” singer, who shares three children with husband Eric Johnson, previously spoke about being body-shamed in her memoir, Open Book, which was released in February 2020.

Jessica pointed to a specific 2009 photo where she was criticized for her “mom jeans.” The picture, which was taken at Radio 99.9 Kiss Country’s annual Chili Cookoff, went viral and caused her to start questioning her appearance.

“This picture that circulated and went worldwide broke my heart. Not the picture necessarily, but the caption. Like, all the captions. It was just viral,” she told Hoda Kotb on the Today show in February 2020. “I was taken down by the world.”

The Dukes of Hazzard actress went into more detail about the photo in her memoir, revealing that she was a size 4 and “around 120 pounds” when the snapshot was taken. Instead of worrying about herself, she admitted that she feared what her boyfriend at the time, Tony Romo, would think of the high-waisted jean look and backlash.

“It was awful, but the worst part was this: My very first thought was not my pain at becoming a joke or everyone laughing at me. No it was, ‘Oh no, I feel so bad that Tony has to be with the fat girl,’” she wrote in the book.

The musician explained that Romo, 40, thought the comments about the photo were “ludicrous” but Jessica was “devasted and confused” by the ordeal. Jessica released a paperback version of the book in March with diary entries from her past, including one about the “mom jeans” incident.

“I could end up ruining everything with self-doubt … Why does the cruel opinion of this world get to me?” she shared in an entry from the time. She also included an entry from 1999 after she was body-shamed by a label executive.

“I beat myself about how fat I am before I gave the world a chance to. Today my heart breaks because people say I’m fat,” she wrote. “I wear a size 25. … How much do I think about my body on a scale from 1-100 percent of the day? 80 percent.”