Following in his father’s footsteps! Kim Kardashian and Kanye West’s 3-year-old son, Saint, showed off his singing skills at his dad’s Sunday Service.

“I forgot to post last weeks Sunday Service,” the KKW Beauty creator, 38, wrote on Twitter on Sunday, June 2. “This was Saint’s first time singing in the choir so North made sure he knew the words.”

In the video the Keeping Up With the Kardashians star posted, her 5-year-old daughter, North, held her brother’s shoulders as they sang with cousin Penelope and more children. The little ones wore matching beige outfits.

This isn’t the first time that the makeup mogul, who also shares Chicago, 16 months, and Psalm, 3 weeks, with the rapper, 41, has recorded her brood at Sunday Service.

In April, she shared footage of North singing Stevie Wonder’s “As” while West danced behind her. Even though her microphone didn’t appear to be switched on, that didn’t stop North from dragging the stand down an aisle to continue her performance at center stage.

Kardashian opened up about her husband’s weekly church service, which the Grammy winner began hosting in January,  that same month, telling Elle, “It’s honestly more like a healing experience for my husband. It’s just music, there’s no sermon. It’s definitely something he believes in, Jesus, and there’s a Christian vibe. But there’s no preaching. It’s just a very spiritual Christian experience.” 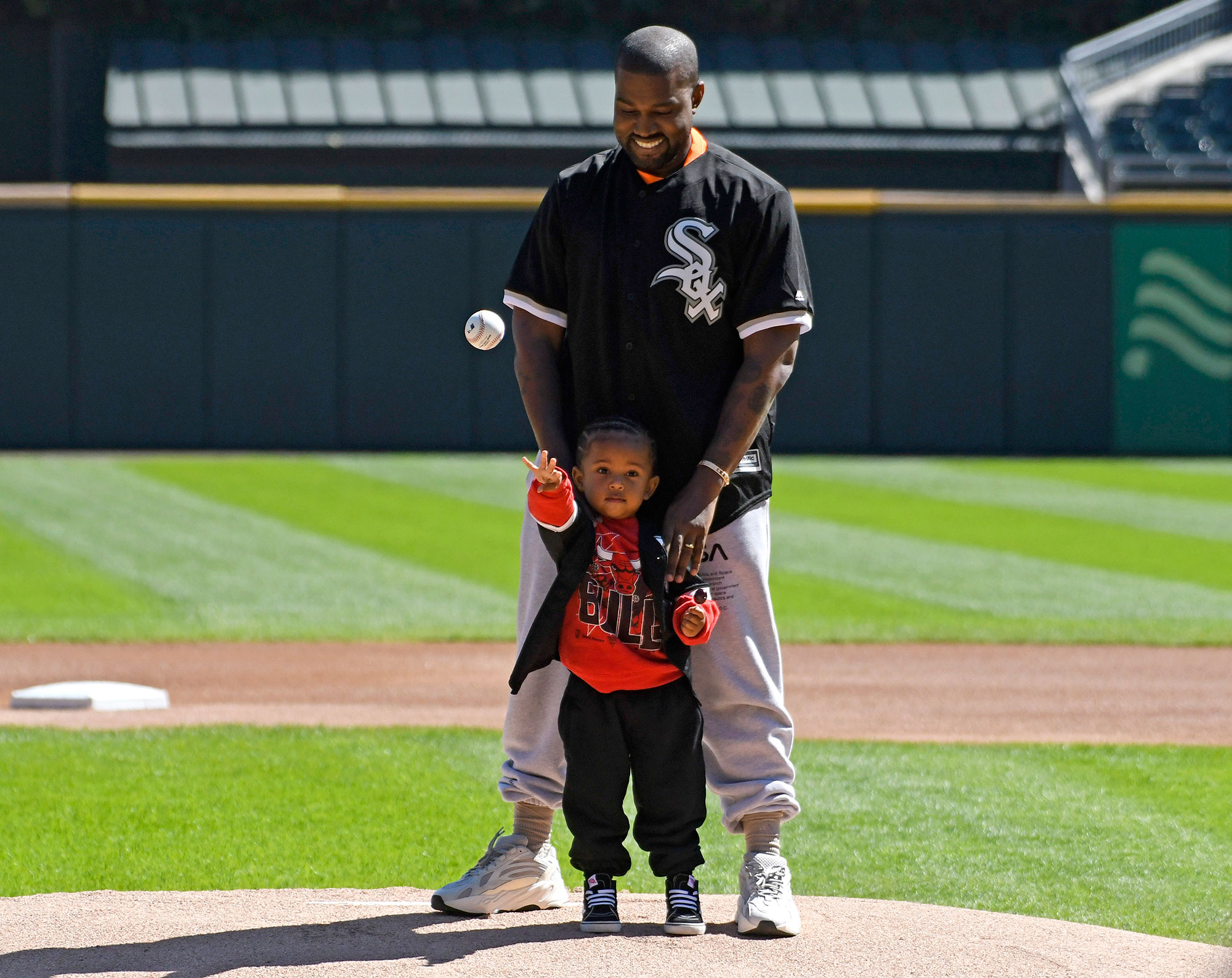 She added: “Kourtney’s best friends come all the time and they’re Muslim. All my Jewish friends came on Sunday, they loved it. Everyone that comes understands it’s just a really healing experience with an amazing choir and amazing messages about love to start off your week.”