Great Storytellers for Children: Louisa advocated women's rights throughout her life and also fought against slavery. The author's feminist theories are actively expressed in her writing. 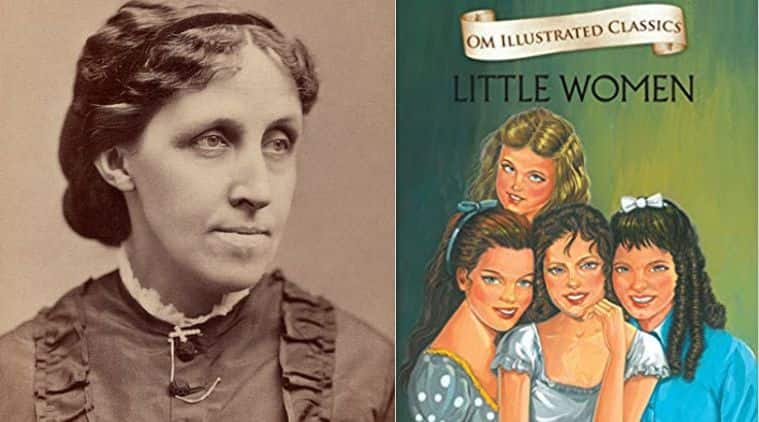 (This is part of a series on iconic authors who wrote for children.)

When I picked Little Women off my aunt’s bookshelf as a young girl, I couldn’t anticipate how strongly the story of four sisters growing up in distant America at a far-off period of time would grip me. Later I eagerly read the sequels, Good Wives, Little Men and Jo’s Boys, but the first book remained unparalleled.

No matter the cultural differences, the domestic struggles of the four March sisters and their mother “Marmee” were far more engrossing than the school stories that were my staple then. Perhaps it was the situation of five females working hard to survive on their own without the man of the family. Marmee, 16-year-old Meg and 15-year-old Jo all had jobs, though Beth and Amy were still too young to find any employment. The pains of growing up to discover harsh personal truths and face disillusionment were so real too. Meg’s naïve fascination with high society, Jo’s rebellion and outbursts of temper, Beth’s too self-effacing temperament and selfish Amy’s artistic ambitions made them incredibly true to life. It was a story of family relationships, with quarrels and reconciliation, sacrifice and uniting to battle hard times.

First published in 1868, Little Women continues to be read the world over and the seventh movie version was launched last year, not to mention numerous adaptations in other mediums. While most of Louisa May Alcott’s other titles have faded into oblivion, this book keeps her enthroned as the trendsetter of “girls’ fiction”.

Born on November 29, 1832 to Bronson Alcott, a Transcendentalist philosopher and Abigail May, a social worker in Germantown, Pennsylvania, her father’s irresponsible ways ensured that Louisa and her three sisters grew up in poverty. She did have the benefit of learning from literary luminaries like Henry David Thoreau, Ralph Waldo Emerson and Nathaniel Hawthorne, who were his friends. Still, family life was unsettled, with numerous moves as Bronson Alcott’s educational experiments continued to founder.

Little Women is considered a deeply autobiographical work with Louisa herself being the prototype for the independent-minded, tomboyish Jo. Her father’s inability to provide made the author conscious of the necessity for women to be financially independent and the importance of gender equality. Like Meg and Jo, Louisa and her sisters had to take up jobs early in life to keep food on the table. The author worked as a teacher, seamstress, governess and domestic helper. Like Jo, her spare time was devoted to her passion-writing. It contributed enormously in reducing the stress she constantly lived under. Eventually it became the profession that enabled her to earn a good income.

Flower Fables (1855), a collection of fairy stories, was her first published work. The 1850s were a time of such financial distress for her family that she was almost driven to suicide. Then in 1858, her younger sister Elizabeth passed away, while the oldest Anna, got married. The close-knit sisterhood fragmented, the way it does in Little Women, with Meg’s marriage to Mr. Brooke. 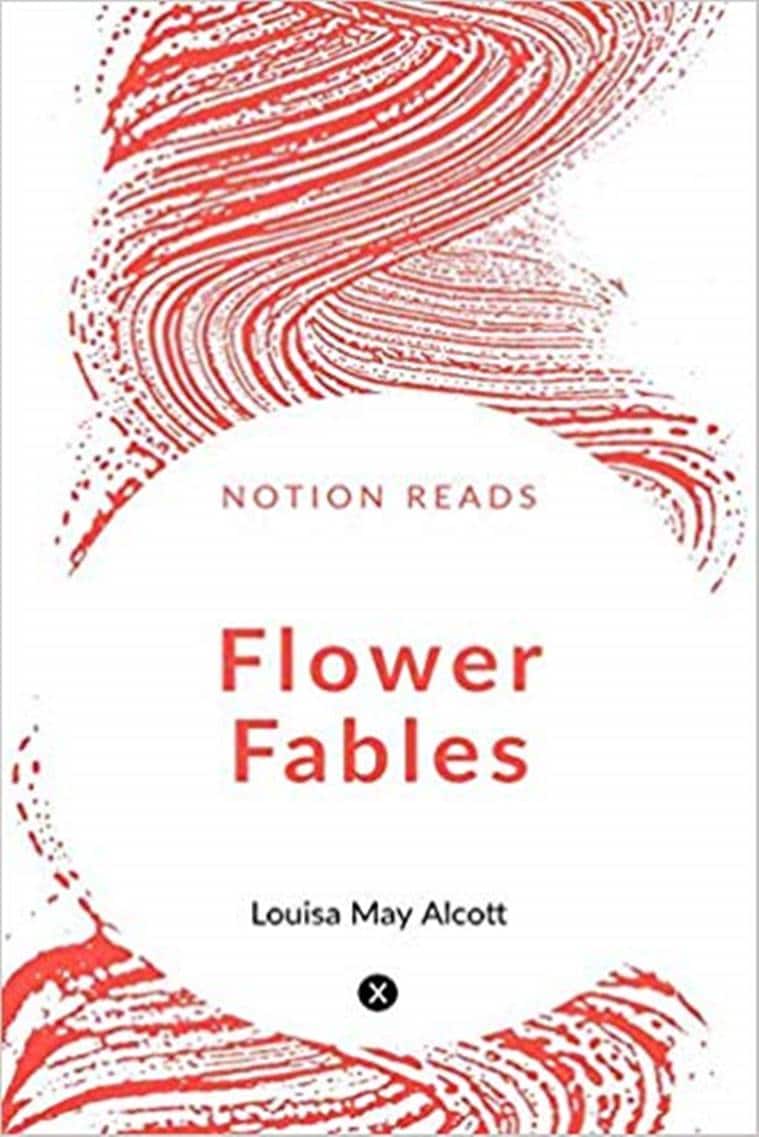 After the Civil War broke out in 1861, Louisa worked as a nurse in the Union Hospital at Georgetown, DC between 1862-1863. Unfortunately, within six weeks she contracted typhoid. She recovered, but it is said that the treatment impacted her health permanently. Her letters about her experiences became a fictional narrative, Hospital Sketches (1864) in which she spoke out against mismanagement in hospitals and doctors’ indifference to their patients. It established her reputation and a novel Moods was published the same year.

During the mid-1860s, Louisa also wrote some sensational fiction under the pen name A M Barnard. Then her publisher, Thomas Niles of Roberts Brothers requested her to write a “girls’ book”. A reluctant Louisa finally agreed, more because her father wanted the publisher to accept his manuscript on philosophy. She could not have imagined that Little Women would catapult her to instant fame. The first edition sold out so fast that Niles was hard pressed to fulfil the demand. Good Wives, which depicted the March sisters as grown up women appeared in 1869. The two were later combined into one book. Little Men (1871) continued the family saga portraying life in Plumfield, the school Jo founds along with her husband Prof Bhaer. The last title Jo’s Boys (1886) came much later.

Books like An Old Fashioned Girl (1870) Eight Cousins (1875) and its sequel Rose in Bloom (1876) interspersed the March girls’ saga as did several stories for children, maintaining her popularity. 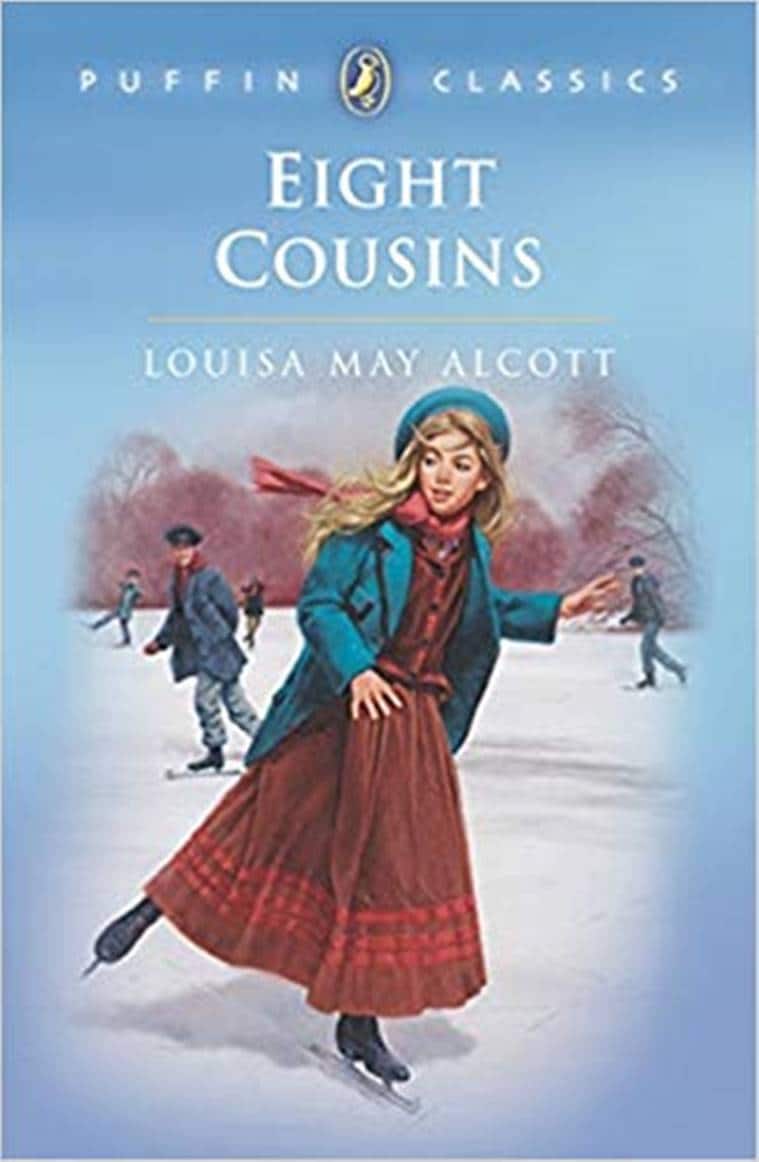 Louisa advocated women’s rights throughout her life and also fought against slavery. When a law was passed in Massachusetts allowing women to vote on certain issues, she was the first to register and voted in a school board election at Concord in 1880, persuading many others to follow suit. She proclaimed, “I find it poor logic to say that because women are good, women should vote. Men do not vote because they are good; they vote because they are male, and women should vote, not because we are angels and men are animals, but because we are human beings and citizens of this country.”

The author’s feminist theories are actively expressed in her writing. As Jo March famously says: “Women, they have minds, and they have souls, as well as just hearts. And they’ve got ambition, and they’ve got talent, as well as just beauty. I’m so sick of people saying that love is all a woman is fit for.” Yet, Jo the anti-romantic, who rejects her friend Laurie’s proposal, does surrender to convention when she marries the much older Prof Bhaer.

Louisa was conscious of women’s reality, however, she never married. Her childhood wish, ‘not to be poor’, came true and she could lead the self-reliant life she espoused for women. Interestingly, she also valued physical exercise and loved running, exhorting her female readers to run too for the sake of their health.

When her sister May died of childbed fever, she took charge of her daughter, also named Louisa. Unfortunately, the child was only eight when Alcott died of a stroke at the early age of fifty-five on March 6, 1888.

Little Women has sold millions of copies and leading women writers like Simone de Beavoir, Barbara Kingsolver and Jhumpa Lahiri among many others, have acknowledged it as a strong childhood influence. Indeed, Joan Acocella, writing in the New Yorker, declares, “It is more like the Mahabharata or the Old Testament than it is like a novel.” What higher praise can there be for a book?

(Author, poet and translator, Deepa Agarwal writes for both children and adults and has over 50 books to her credit. She interacts regularly with children, conducting creative writing workshops and storytelling sessions in schools. She tweets @dipuli.)

Charles Dickens’ A Christmas Carol has not lost its appeal

Sandra Boynton, Eric Carle, Mo Willems…have you tried these authors for your toddler?

📣 The Indian Express is now on Telegram. Click here to join our channel (@indianexpress) and stay updated with the latest headlines

For all the latest Parenting News, download Indian Express App.