We were tired and desperate. Our child couldn’t (or was it wouldn’t?) sleep. We had tried absolutely everything under the sun to help them — and us — get a good night’s rest, to no avail.

Being the crunchy-ish mom that I am, we started with a solid bedtime routine. A story, soft music, a gentle back rub, and prayers — and then, lights out. Our 5-year-old was up again within ten minutes, claiming they “couldn’t sleep.” We were frustrated, but we wouldn’t surrender. I purchased some organic lavender lotion, hopeful that this would be our magic trick. It wasn’t.

I bought my child a weighted blanket, dabbled with melatonin, and even established a nightly right-before-bed exercise session. I’d have my oldest two kids, including the one who couldn’t sleep, dash up and down the walkway leading to our front door for about five minutes. Getting out a burst of energy before shut-eye time didn’t do a thing but make my kids hyper and sweaty.

The pediatrician wasn’t much help. After all, it’s normal for some kids to have sleep issues. I took it upon myself to get my child into an Ears, Nose, and Throat (ENT) specialist who said that my child’s adenoids should come out. Check. Well, that didn’t do anything except make my child nervous to have surgery and give us a big medical bill. We proceeded, a year later, to have our child’s tonsils removed. This also didn’t help. We also, in the midst of these surgeries, had a sleep study done. Nothing alarming or even subtle showed up.

We were, at this point, working with a pediatric sleep doctor. Since the sleep study wasn’t successful in identifying the root cause of my child’s sleep issues, we ran some basic bloodwork. Again, nothing came up. I was growing frustrated. My child was struggling with their behavior during the day from a lack of sleep. We were also impatient and puzzled. How come our toddler could sleep through the night, but our kindergartner couldn’t — and never had?

The sleep specialist suggested, as the pediatrician did, that our child’s sleep issue was perhaps behavioral. Had we tried a reward system, such as a sticker chart to get toward a goal? One of them said we should give our kid one ticket per night, and once the child used their ticket to get out of bed, that was it. No more tickets, no more getting out of bed, problem solved. The whole idea was so terrible that I almost laughed in the doctor’s face. But hey, I was so desperate, I gave it a whirl. You probably aren’t shocked when I tell you that this suggestion didn’t work — just like everything else we’d tried. I was already convinced that my child wasn’t choosing to get out of bed due to boredom, fear, or naughtiness. 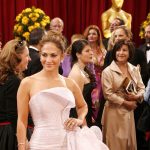 Our child did begin to complain that their legs and arms felt like bugs were crawling in them. I found this to be both disgusting and revealing. Something was going on — yet no one could seem to help us figure it out.

Exasperated, I was chatting on the phone one day with a friend of mine who is both a mom of seven and a registered, pediatric nurse. I was telling her everything we’d tried to help our child sleep. I had no idea that my venting phone conversation would turn out to be the thing that solved my child’s no-sleeping mystery.

My friend asked me if I’d had my child’s ferritin level tested. I didn’t even know what ferritin was or how it could be checked. It turns out, ferritin is a protein that stores iron, and it’s checked by a quick blood test and then sent off to a lab. I was cautiously optimistic that maybe this was our answer. I immediately called the sleep specialist and asked for a ferritin lab order. Thankfully, the doctor agreed.

A few weeks later at our follow up appointment, the sleep specialist told us that our child had low ferritin which was causing symptoms of Restless Leg Syndrome (RLS). I was shocked. I told her I believed RLS was an older person or pregnant person’s condition — not something that would afflict a child fresh out of babyhood. The specialist told me that though having RLS implies a person is having leg discomfort and movements, RLS is a “neck-down” syndrome.

My child’s lower ferritin level plus symptoms indicated RLS, and the doctor put my child on a prescribed ferritin supplement, to be taken with vitamin C for the best possible absorption. I’m happy to report that this worked. It took time for my child’s ferritin levels to go up to an appropriate level, which is monitored by doctors, but when it did, my child was able to get a full night’s sleep for the first time — ever. And in turn, so were we. What a relief for us all!

I’m puzzled why it took us years — and so many unnecessary tests and surgeries — to get our child properly diagnosed. I learned that in the United States, 1.5 million kids have Restless Leg Syndrome. I share this to say that RLS is not a rare syndrome. It has fairly clear-cut symptoms, and the blood test for low ferritin is incredibly simple and fairly inexpensive.

My child’s diagnosis and subsequent treatment has been a total game-changer for not only our kiddo, but our entire family. Sleep is so important to overall health, including one’s focus and attitude. I am so grateful for my friend who was able to put us on the right path, especially after years of counting sheep to no avail.