Post Malone found some real estate on his face to dedicate some ink for his newborn daughter.

The “Rockstar” rapper, who already sports an impressive amount of tattoos all over his body, unveiled a new tattoo on his forehead right next to a tattoo of an ace of spades playing card. The black script reads “DDP,” which fans and a TMZ source say are his newborn daughter’s secret initials.

According to TMZ, the rapper got his latest ink backstage after a show in Indianapolis by tattoo artist Chad Rowe, who also did Post Malone’s infamous “Always Tired” face tattoos. The “Cooped Up” artist casually dropped the bombshell that he was, in fact, a dad during an appearance on Sirius XM’s Howard Stern Show in June.

“I woke up at 2:30 in the afternoon (then) I went and kissed my baby girl,” explained Post. When asked whether he was referring to his girlfriend, the rapper clarified, “Nah, that’s my daughter.” He did not reveal his daughter’s name, but fans are sure that the new “DDP” tattoo is his daughter’s initials (Malone’s real name is Austin Post). “Diamond Dallas Page,” suggested one fan on Reddit.

PM described his daughter as “a legend” when talking to People and said that the 4-month-old already has great style. “She’s so swaggy. We got her overalls, Realtree camo everything, some nice hoodies, some zip-ups. She’s so cool. She’s way cooler than me, but she definitely took a little inspiration from me,” he laughed. Only time will tell if she follows in her dad’s footsteps and gets face tattoos.

These celebrity tattoos are an homage to their kids. 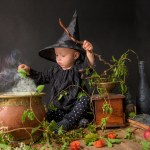