Prince William and Duchess Kate welcomed Charlotte in May 2015. They are also parents of sons Prince George and Prince Louis.

“William and Kate very much prioritize bringing up the children in as normal an environment as possible over anything else,” a royal insider told Us Weekly in September 2018. “They haven’t lost sight of that.”

Another source told Us in December 2017 that Charlotte is Kate’s “shadow.”

“Wherever Kate goes, so does Charlotte. It’s adorable,” the source said. “As she’s home a lot more than George, Charlotte spends time in the kitchen ‘helping’ with things. Whenever the housekeeper or Kate is preparing food, Charlotte needs her own little toy set by her side to imitate.”

When it comes to spending time with her brothers, Charlotte has made a real “connection” with both Louis and George. “Charlotte is really enjoying having a younger brother to play with,” a source told Us when the little one arrived in April 2018. “She’s taking her big sister duties very seriously. She won’t leave baby Louis’ side. … [She and George] have a great bond, and a similar connection is growing between Charlotte and Louis.”

That being said, the princess has an independent streak as well. “She’s very confident,” the insider told Us. “She’s not afraid of a grazed knee and it’s not going to stop her from running around. She moves at the speed of light!”

Scroll through to see Charlotte’s sassiest faces over the years from sticking her tongue out at Duchess Meghan and Prince Harry‘s May 2018 wedding to putting a hand over her face at Princess Eugenie and Jack Brooksbank‘s October 2018 ceremony. 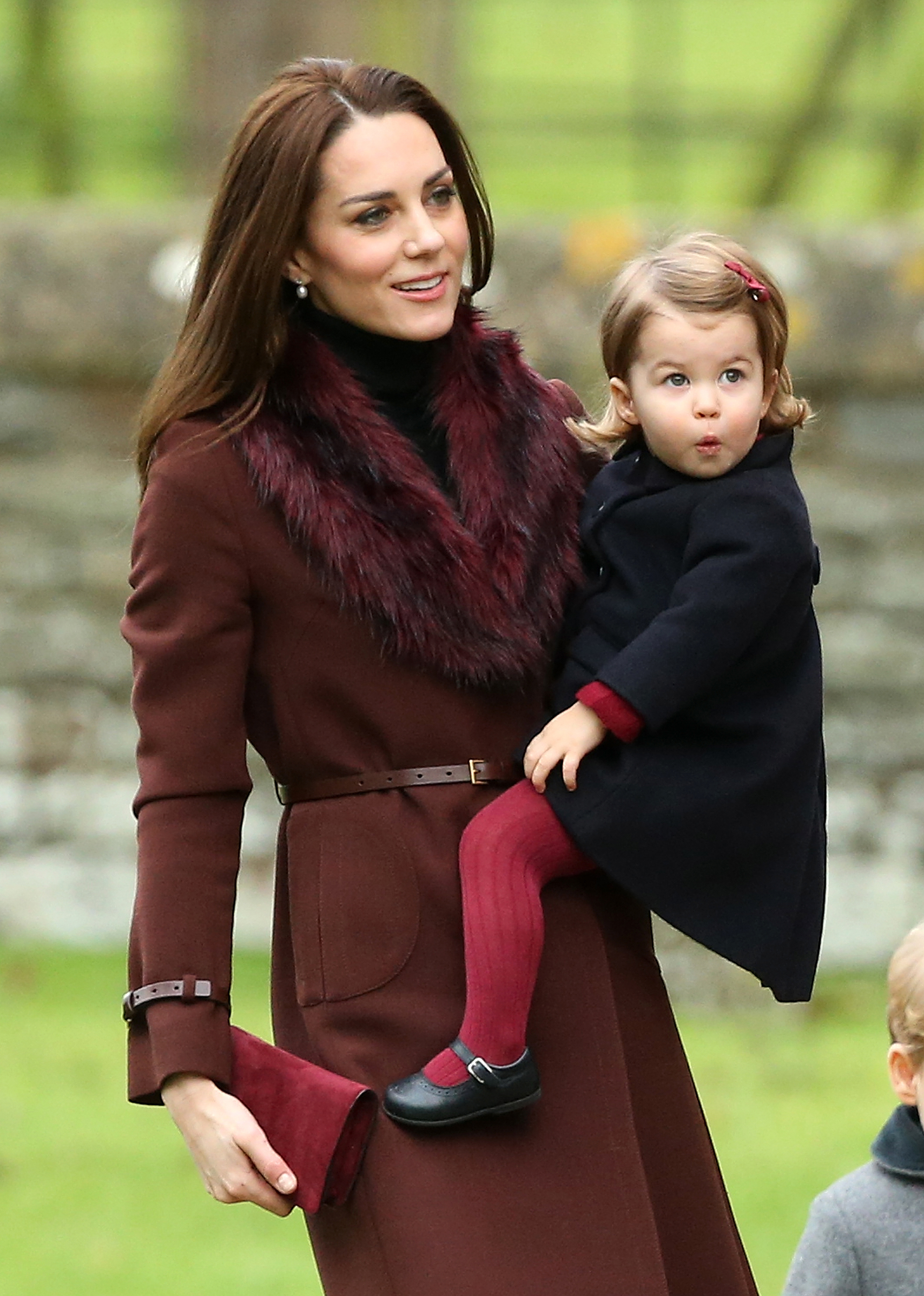 The princess made a silly face on her way to Christmas mass in December 2016. 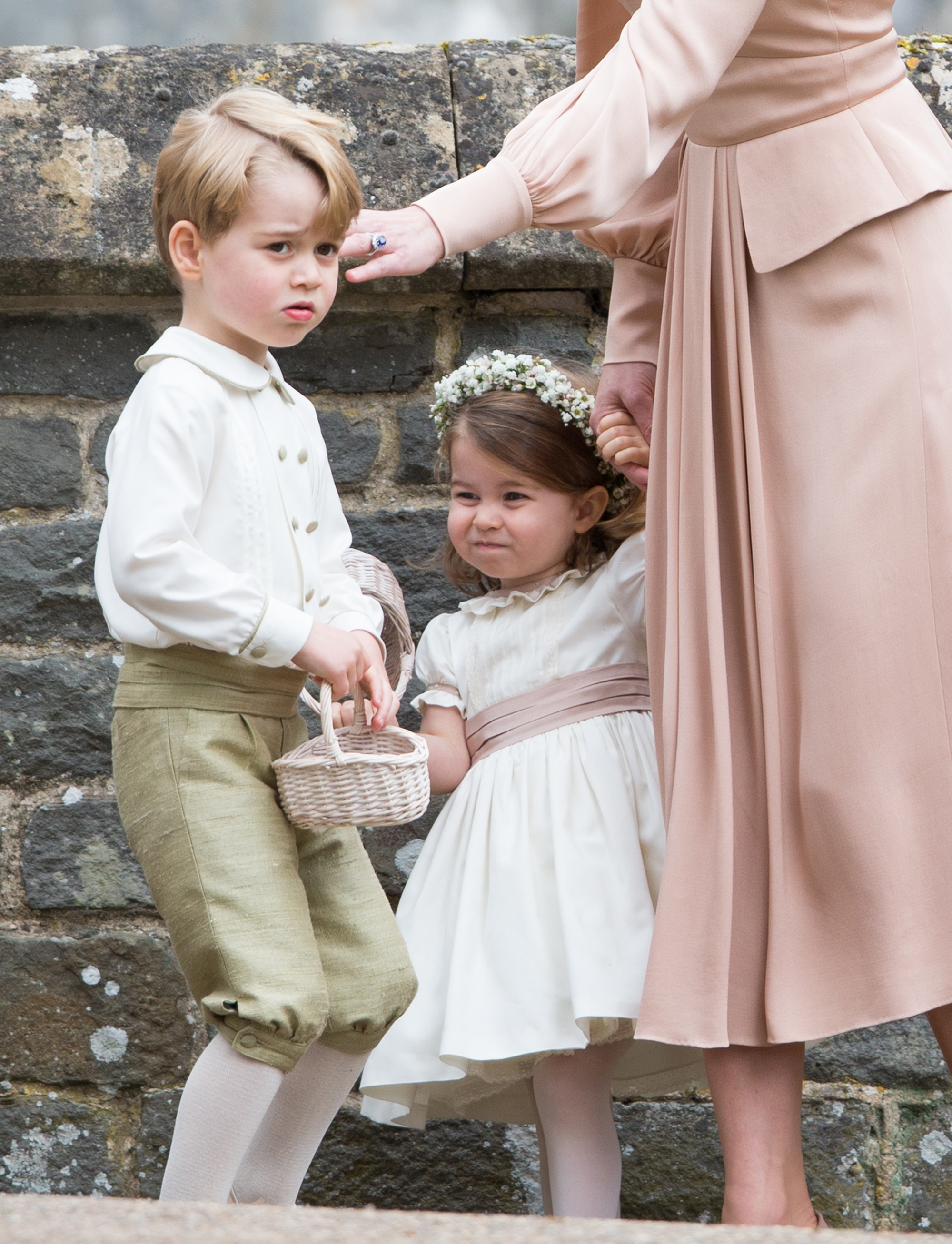 Charlotte seemingly tugged on mom Kate’s hand at Pippa Middleton’s wedding in May 2017. 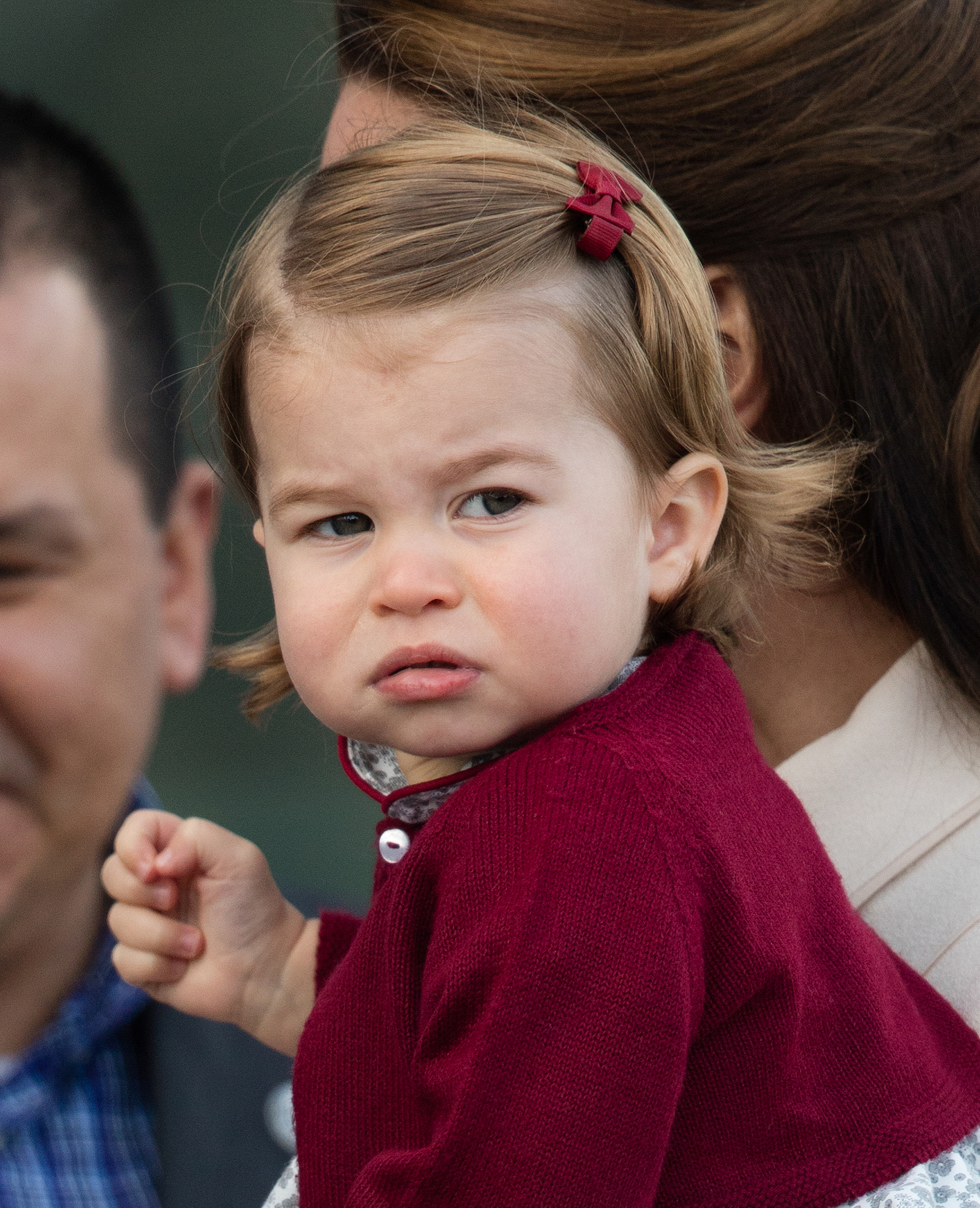 The toddler didn’t look too impressed as she left Canada with her family in October 2016. 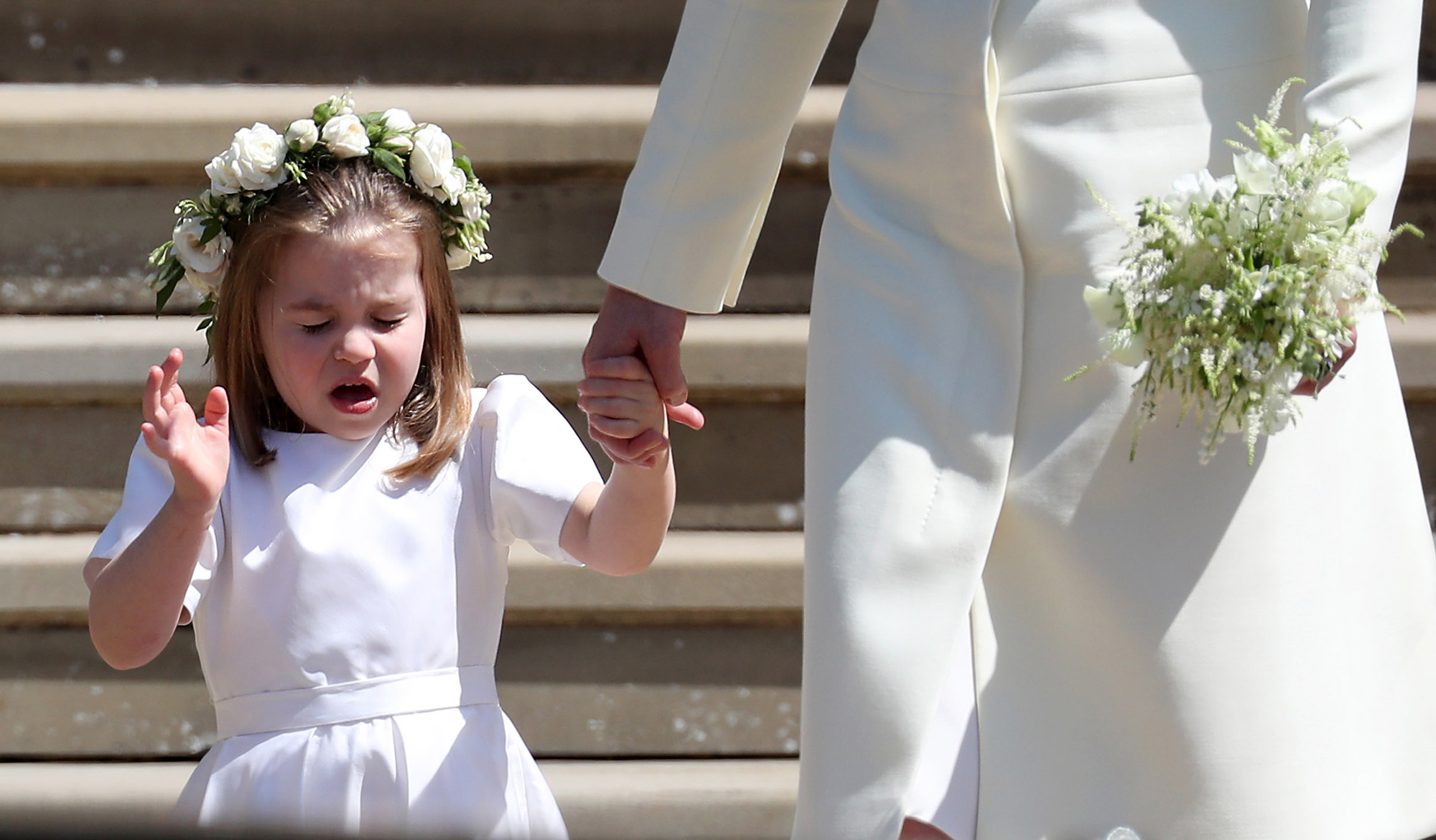 Charlotte stole the show at uncle Prince Harry and Duchess Meghan’s wedding in May 2018. 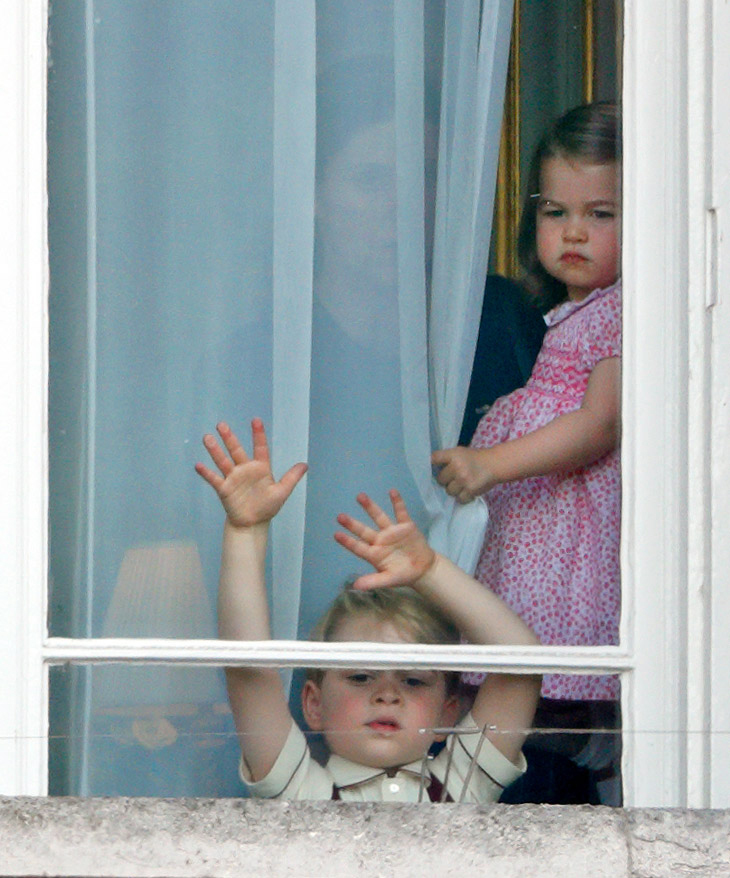 The royal pouted as she watched a June 2017 parade from the palace window with brother Prince George.