“On our show, we showed that we were in Bali, and a woman — a blind medium — came up to me and said that I was gonna have another son and that it was gonna be a boy,” the Keeping Up With the Kardashians star, 39, told E! News on Thursday, February 6. “She had no idea. No one knew. No one on my crew knew that I had a surrogate that was pregnant with a boy.”

That wasn’t the only time that the reality star heard this. When her baby nurse brought Psalm to a party, a woman said, “Please tell the mom that this is a family member of hers reincarnated.” Kardashian said, “Multiple people that had no idea that was my nanny or anything have come up to my baby to say that he’s a family member reincarnated.” 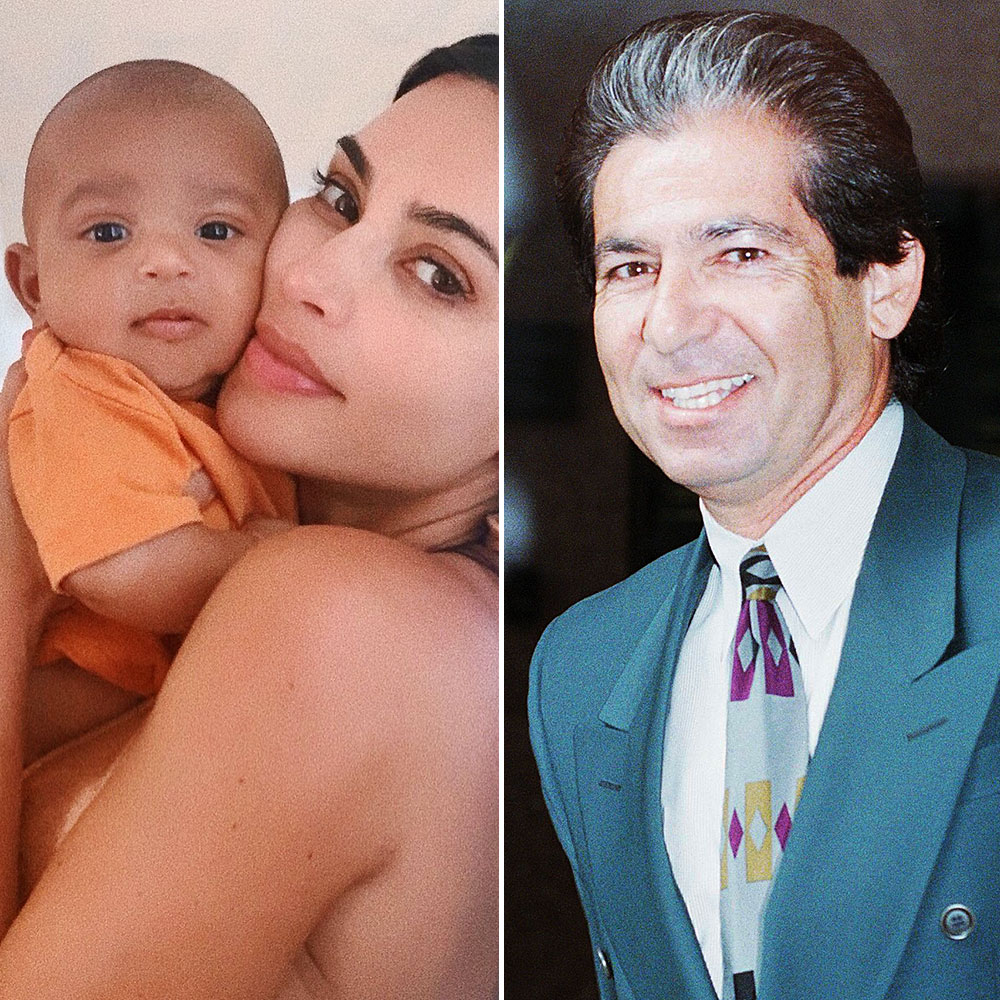 The E! personality’s “whole family” thinks that Psalm is the late lawyer, who died in 2003 at age 59 of esophageal cancer, which makes them “so emotional and close” with the little one.

“He’s left-handed like my dad,” the Skims creator explained to the outlet. “I don’t even know if I believe in reincarnation, but I do now. But I want to believe it!”

Kardashian and her husband, Kanye West, welcomed their baby boy in May 2019. The couple, who wed in 2014, also share daughter North, 6, son Saint, 4, and daughter Chicago, 2.

The pair’s eldest is a great big sister to her youngest sibling. “My baby Northie is so helpful,” the makeup mogul captioned a December 2019 Instagram photo of North holding Psalm on a couch. “How are my babies getting so big?”

She is also getting along better with Saint. “My two older kids would fight a little bit and now, since the baby’s here, everyone gets along, everyone loves each other,” the KKW Beauty creator told Entertainment Tonight in September 2019. “I’m rolling with it. It just really is zen. It feels really equal and calm and great. I feel like having four is so much more zen. … I feel like they all love each other.”