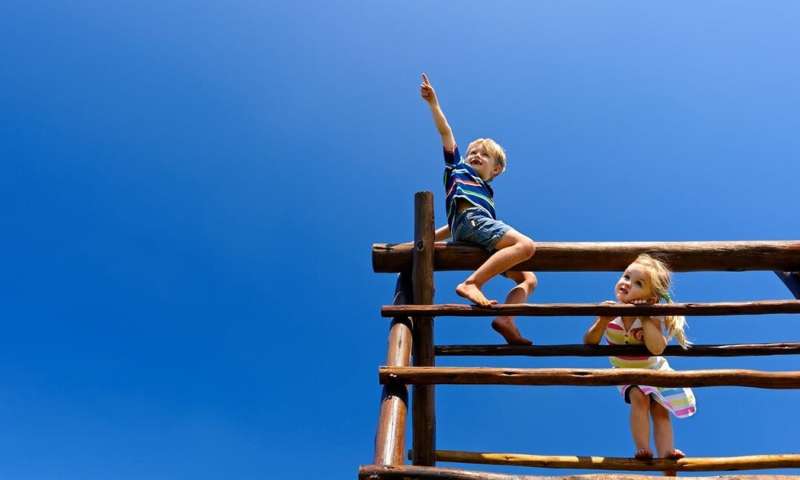 Well-designed suburban parks could be an antidote to helicopter parenting. As well as giving kids much-needed time outdoors being active, suburban parks offer kids opportunities to decide what activities they do, new research shows. It’s an ideal opportunity for parents to let go of their task-focused daily agendas, even if just for a little while.

Helicopter parenting, or intensive parenting, includes anticipating and solving children’s problems, limiting their risks and enrolling them in many structured activities. Yet this approach often does not lead to positive outcomes for children .

For some families, letting kids take control of their activities is likely a shift from parents’ daily routines of continuously reminding children about chores, homework and bedtime. The constant list of tasks and rules can get tiring, leaving both frustrated and potentially resorting to unhealthy behaviours. Although some children can excel with a “highly driven schedule”, for many it can be a source of stress and anxiety.

Play in general allows children to be imaginative and develop physical, cognitive, and emotional strength. It’s especially true for unstructured free play. This may also offer parents a glimpse into their children’s world and enable them to provide nurturing guidance, instead of strict rules.

For our research, we interviewed adults visiting 12 parks within the Moreton Bay Regional Council area in Southeast Queensland, Australia. A total of 417 brief interviews were completed over four months during the 2017-18 summer.

What has the research found?

According to the parents, grandparents and caregivers interviewed, kids decide what to do when they go to a park. Many indicated they watch over or play with the children, but they let them make the decisions about their activities. “I take their lead. I just let them do what they want to do.”

Some parents and caregivers said time at the park was “their time”, meaning the kids had free time to do what they pleased. “She’s the boss at the park,” one said. Playing in the park was a good opportunity for children to make decisions and simply enjoy themselves: “We’re here for them, so they can pretty much do what they want.” 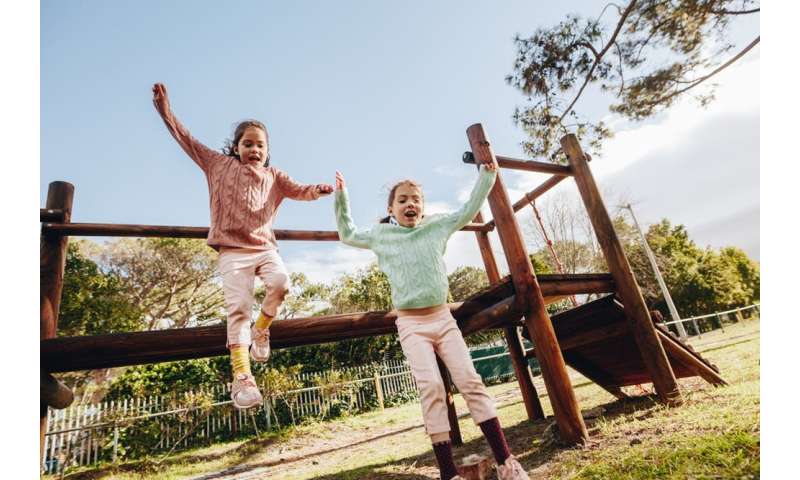 As a mostly unstructured activity, visiting a park is an opportunity for parents and caregivers to allow children to make independent decisions in a relatively controlled and contained environment, which allows for some risk-taking and experimentation.

However, safety is still a concern. It was clear from the adults interviewed that children could do what they would like “as long as it’s safe”. As one parent stated: “The kids [decide], unless, of course, they go and try and climb up on that stupid thing. I’ll say, get down, let’s not break an arm today.”

What makes for an appealing park?

Not all parks are created equal, nor do they all attract local residents. Playgrounds were the primary areas of the parks where children actively played (82%), followed by sports fields (17%) and pathways (14%).

Offering many different playing opportunities was an important characteristic of a park, participants suggested. A wide variety of equipment helps maintain children’s attention and interest, which prevents them from getting bored.

Some parents also suggested a variety of options allowed children to attempt a range of physical skills and provided enough space to run around, move and expend energy. As one parent said: “I know that we’ve taken them to playgrounds and parks before when there’s only been two or three different things to play on. He gets bored in half an hour. Whereas here he’s quite content just roaming around. Different activities, different swings, climbing apparatus and different colours are always good things as well.”

Equipment that requires children to take small risks, which parents can oversee, may help extend children’s skills and self-confidence. For example, climbing was one of the skills that adults “taught” the children while at the park. This enabled children to develop gross motor skills and weigh up risks.