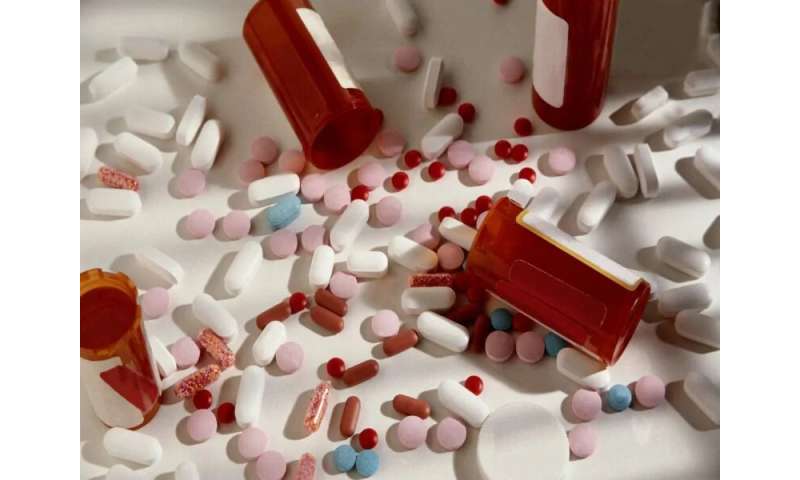 (HealthDay)—If you have unused or expired medications at home, be sure to take them to one of thousands of drop-off sites across the country on National Prescription Drug Take Back Day, Saturday, April 27.

Getting rid of excess meds could save a life, according to the American Medical Association (AMA).

“From our studies of the opioid epidemic, we know that more than 70% of people misusing opioids are getting them from family and friends,” explained AMA president-elect Dr. Patrice Harris.

“This is extremely dangerous and contributes to opioid-related overdose deaths in communities across the country,” Harris said in an AMA news release. She’s also chair of the AMA’s Opioid Task Force.

The U.S. Drug Enforcement Administration (DEA) website and Google have locators to help you find the closest drop-off site.

Opioid misuse can easily be fatal. According to the U.S. Food and Drug Administration, on average, more than 130 Americans die every day from overdoses of opioids. Drugs involved include prescription painkillers such as fentanyl, oxycodone (OxyContin), hydrocodone (Vicodin) and morphine, as well as illegal drugs such as heroin.

Doctors have a big role to play in helping patients dispose of unused pills, Harris said.

“Physicians should talk to their patients about what medicines are in their homes and what steps can be taken to reduce the likelihood of medicines falling into the wrong hands. All of us have a role in preventing drug addiction and overdose,” she said.

“We all should channel [TV cleaning guru] Marie Kondo when looking at unused, unwanted and expired prescription medications,” Harris added.